Culturally in China issues about affairs and issues of the heart are personal are not gossiping public locker room chat as they are in western countries which are awash with trashy tabloids.

However there is this avalanche of pre emptive reporting on Peng Shuai’s not clear allegations regarding her affair with ex Chinese politician Zhang Goali with allegations of coerced sex and alleged sexual assault after Zhang Gaoli’s political career.

The reason these allegations are not clear is dues to the interpretation of Peng Shuai’s posting that their is no sexual assault allegation and it was purely a relationship that went sour.

However this does not stop the preemptive allegations and political point scoring it the expense of the feelings of the people involved which primarily includes Peng Shuai.

We have seen what force multiplier of media bias does to people in the case of  the relationship between a 68 year old Court judge and a 23 year old female court clerk, who had a relationship with the young 23 year old committing suicide. 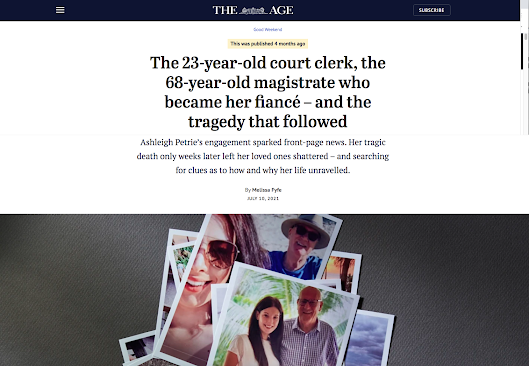 These new allegations have not yet been properly investigated are gaining an avalanche of accusations that  Peng Shuai is being silenced and she is not making public comment as some kind of nefarious Chinese government plot with calls to boycott the 2022 Beijing Olympics.

Media commentators buying into this reporting in playing political tennis with such a personal and emotional issue have no considerations for the feelings of Peng Shuai and the cultural mores of China which do not play this sort of tabloid style reporting of such issues.

By no means should it be misconstrued that these mores should conflict with having an investigation into her claims.

From my on radio interview with 2GB Chris Smith in my onion he does not give a damn about women who are beaten, only what can score hm a political point.
Video evidence of women in Hong Kong brutalised by protesters:
https://www.youtube.com/watch?v=A8_YW8SkYBs
It appears these anti China media people and Anti China commentators western mainstream media gave a damn about these female victims with evidence of abuse who still to this day suffer in silence. 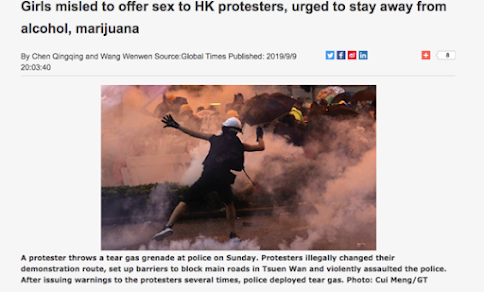 This pure focus on biased political pound of flesh focus above the issue of the treatment of women was made evident when I was on 2GB radio on Saturday the 20th of November when in a debate about violent protests I mentioned to him how Hong Kong protesters violently beat innocent women in Hong including many attacks on women. He not once showed any feelings towards what I told him or interest to look into what I stated in regards to the acts of brutality against women by Hong Kong protesters.

This also is reflective of commentators like Drew Pavlov who is running as a Senator who claim they are not racist but against the Chinese government when they are quite comfortable to harass Chinese male and female students mocking them as a disease in wearing a bio hazard suite in a  Confucius class as some kind of twisted racist prank., along with objectifying women for his own ego gratification. He has also jumped on the political point scoring Peng Shuai issue.

Drew Pavlou objectifying women for his own gratification.
Then there is the lame responses from Senior Analyst Fergus Ryan from the Australian Strategic Policy Institute Politicising this issue when caught out with hypocrisy with the Britney Higgins case with his mate Drew Pavlou.

Any person after unloading an allegation such as this will feel reclusive and would want to get their thoughts together on proceeding on their next course of action.

However this has not stopped the barrage of political football reporting on this calling for Olympic Boycotts on the issue when an investigation has not started.

This is the normal course of obsessive attacking of China with a force multiplier of allegations which never get cross examined with evidence and a real independent investigation and no matter what China responds with even if it is with evidence to counter such accusations, this does not get reported or twisted into more mistruths.

These High Horse Anti China media which include the BBC and other commentator hypocrites are never as agressive in calling for boycotts in relation the litany of sexual assault scandals the plague countries like Australia US and Britain.

When we look at the scandals such as allegations of Prince Andrew having sex with underaged women in relation to allegations by Virginia Roberts and sexual assault allegations, the Chinese media  government did not weigh into this issue with calls for boycotts.

Then there is 26 women who accused Donald Trump of sexual misconduct and allegations of sexual assault on Joe Biden and let us not forget the the long running saga of Harvey Weinstein’s long running saga where women under Hollywood coercion had no justice for many years.

Hot o the heals of this was the alleged rape of Brittany Higgins right inside parliament house in the office Liberal party Minister Lind reynolds whose office was promptly steam cleaned afterwards which took away any physical evidence.

With all the politically biased vultures circling over this issue looking for their pound of political flesh regarding this issue with Peng Shuai they have not shown a consistent and unbiased record of caring about women’s rights unless if fits their skewed political narrative and the feelings of Peng Shuai appear to be just a pawn in this game.

The most important thing is the well being of Peng Shuai regarding this issue and to give her some space to make her own decisions on what to do next rather than  making pre emptive trial by media politically motivated allegations at the expense of those involved.
As for all the conspiracy theories about Peng Shuai disappearing as the usual false obsessive Anti China allegations she made a recent public appearance on the 21st of November at a Fila Kids tennis promotion, which we can hope give her a positive experience amongst the politically motivated western media hyperbole of conspiracy. 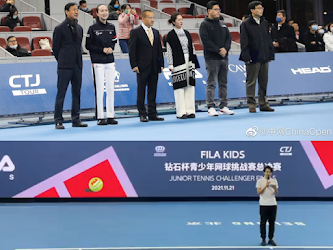 Darrell Egan:Contributing Writer in The Sydney Post.Contributing journalist with the Australian Independent Media

Human beings never learn from history and have always being fooled!