Liberal party Premier of new South Wales Gladys Berejiklean has resigned due to a corruption related investigation beginning on her.

An ex lover of Galdys Berejiklean named Daryl Maguire who himself is a former News South Wales Liberal parliamentary member from 1999 until August 2018 is part of the corruption investigation. 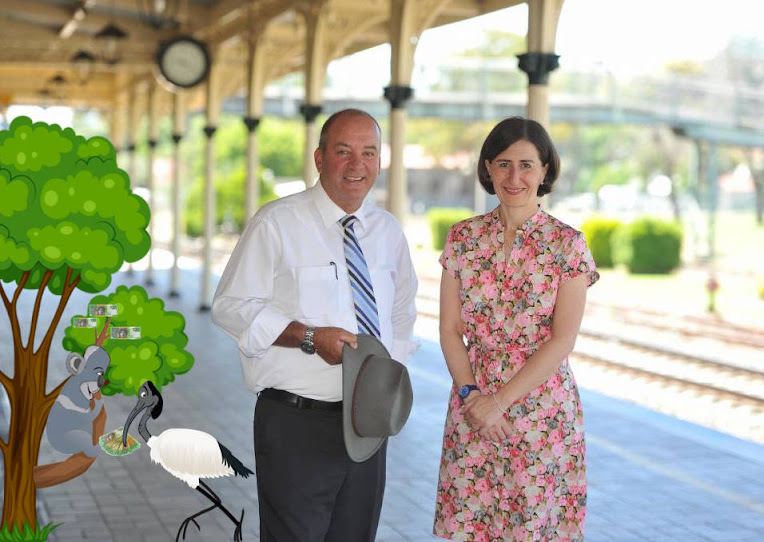 The Independent Commission against Corruption (ICAC) is centring their investigation regarding Gladys Berejiklean is centring on her knowledge of her then lover Daryl Maguire’s corruption as New south Wales leader when Mr Maguire was a member of parliament.

Whilst still in the position of as a member of the New South Wales government Daryl Maguire was found to be involved with businessman Jimmy Liu.

At this time News South Wales Premier Gladys Berejiklean was in a love affair with Daryl Maguire.

The businessman Liu Zhimin, Daryl Maguire was involved with had a business named United World Enterprises which was involved in major frauds of taxpayer’s money in Australia and China.

Whilst Liu Zhimin’s associates in Shanghai were arrested in Shanghai related to fraud and corruption this seemed to have have not raised suspicion in Australia in relation to Daryl Maguire’s dealings with Liu Zhemin whilst still as a New South Wales member of parliament.

Liu Zhemin’s company was found to have defrauded 900 pensioners in Shanghai in co operation with the Chugoku Aged care company.  His business associates were arrested in Shanghai. However Liu Zhimin had safe haven in Australia dealing with Daryl Maguire.

The victims have been calling on the Australian government to investigate whether their funds have been transferred to Australia with no action.

When it comes to penalties for corruption in Australia they are usually weak or non existent, unless it gains large media exposure, which can provide a comfortable place for corrupt international business tycoons to run to, taking with them the money they defrauded people of in China and pretend they are are being political persecuted to gain sanctuary.

Prior to this corruption investigation of Galdys Berejiklean the Independent Commission against Corruption  questioned her whether she new of Daryl Maguire’s business dealings of Daryl Maguire with United World Enterprises company in which she denied knowing anything.

However in tapped conversations between Gladys Berjiklean and Daryl Maguire in May 2018, when Mr Maguire was a member of parliament it was found that Mr Maguire did inform her about these business dealings.

This was never reported by Gladys Berjiklean even though she appeared to know something was wrong.

Now the Independent Commission against Corruption has now opened up a full investigation on Leader Gladys Berijiklean in regards to conflict of interest as a public official relating to the issues of Daryl Maguire’s alleged corrupt business dealings.

Galdy’s Berejikean’s government has had otherALLEGED corruption related problems, in regards to her Deputy Leader John Barilaro, who has been accused of alleged corruption with investigative comedian journalist Jordan Shanks exposing details of his alleged corruption.

In May of this year after document serving Jordan Shanks with a defamation lawsuit Mr Barilaro’s lawyers in regards to Jordan’s investigative style reporting on the NSW Deputy Premier.
Mr Shanks reports that on June 4 2021 on the way home from University his producer Mr Lankger saw Mr Barilaro and wanted to hand back the lawsuit which had a number of legal errors.
In the video shared by Mr Shanks on his podcast of this incident there appeared to be no aggression or intention of violence on behalf of Mr Langker, nor in a previous video where Mr Shanks and Mr Langker pranked Mr Barilaro at an event.

Around a week later plain clothes Australian Anti Terrorism Fixated Persons Unit officers came to Mr Langker’s home and arrested.
The arrested involved a scuffle which is alleged one of the officers making the arrest knocked over Mr Langker’s mother.
Jordan’s report on the arrest and footage of arrest.
The fixated Person’s Unit which is administered under the Australian Police Anti Terrorism branch was established after the Lindt Cafe Siege where in December 2014 a gunman was involved in a 16 hour hostage standoff of the Lindt Cafe where one Cafe staff member was killed and the gunman was shot and killed by police.
This arrest, which was initiated to the Australian Anti Terrorism Fixated Persons Unit by Mr Barilaro’s office has gained much public attention and the attention of two politicians in Adam Searle and David Shoebridge from the News South Wales parliament, who questioned the News South Wales Deputy Police Commissioner Dave Hudson into validity in the process of the arrest.
David Shoebridge MLC and Adam Searle MLC raised concerns with Mr Hudson in a video conference interview regarding people engaged in robust satire and critiquing of politicians being arrested.
When questioned on the assessment for such arrests Deputy Police Commissioner Dave Hudson stated that their assessment criteria includes fixation that can lead could lead to potential violence.
NSW Legislative Politician Questioning the Deputy Police Commissioner whether was intent of violence.
This assessment criteria for arrest appears to very broad and subjective on the point of a fixation leading to “potential violence” can have drastic ramifications for any Australian journalist or current affair program journalist under taking long extensive investigation, foot in the door style questioning and or assertive questioning Australian politicians.
This case appears to set a precedence on whether Australian journalists have the freedom and scope to undertake thorough investigative journalism on Australian Politicians, who can possibly misuse the Australian Anti Terrorism Fixated Persons Unit to silence Australian Journalists.
This case will open up more of what appears to be a very unstable and troubled government under the leadership of Gladys Berejiklean, which is still facing criticisms over poor  handling of the Delta COVID outbreak in NSW, that has caused the state of Victoria to go into a long quarantine lockdown with New South Wales.
Reference link:
https://www.smh.com.au/national/nsw/premier-s-delta-delusions-set-us-on-disastrous-path-20210815-p58iuc.html

Where the bloody hell have I been? Trying to make a difference!